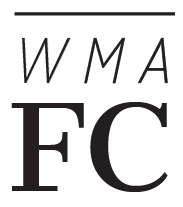 In December 2o19, COACH and WindowsWear announced their collaboration in a student competition for the holidays. The theme? Holiday 2030. Students were encouraged to visualize a fashion-forward campaign for COACH, fast-forward to ten years from now. Their creativity and designs were left up to their own imaginations.

This past Friday, our five talented Marymount Students set out to the Big Apple with the opportunity to tour the COACH headquarters and attend the COACHxWindowsWear awards ceremony. Greeted by COACH Vice President of Visual Global Merchandising, Giovanni Zaccariello, and COACH Director of Talent Acquisition, Diana Cotescu, students were then led on a guided tour of the headquarters.

Students were able to see the COACH design process on their tour, starting out in the sample rooms where handbag prototypes were being crafted. From microfiber materials to developed leather, from precisely cut-by-hand pattern pieces to hand-painted trims and hardware being applied, students were able to see the employees crafting designer bags at all stages of the development process.

Continuing on the tour, our Marymount finalists headed to the COACH Library where archives of COACH handbags are kept. The archives, dating back to when COACH was first established in the 1940's, were perfectly placed in beautiful floor to ceiling glass cases. The students learned that this room, understandably so, serves as inspiration for upcoming collections and 3D window displays done by teams within the COACH inc.

Following the tour, students were led back to the conference room for the awards ceremony, greeted then by the Co-Founder of WindowsWear Mike Niemtzow and 3D team of COACH, as well as the COACH employees they were originally greeted by earlier in the day.

Zaccariello congratulated the accomplished finalists, explaining that over 1000 students submitted to the COACHxWindowsWear competition from all around the country. Zaccariello expressed the deep consideration choosing the finalists, based on their creative and innovative design concepts. Amongst our Marymount students, there were five other finalists from schools throughout the country, even including Masters students.

After the presentations, students were given the opportunity to inquire more about COACH and WindowsWear. COACH 3D team spent time explaining their programs they use to develop visual store displays, while the COACH Talent Acquisitions team gave students valuable advice about the industry and networking for internships and beyond.

To complete the day, the 10 finalists were invited for a photoshoot and individual interviews.

"When thinking about the future of retail design, people often refer to the simplicity, transparency, and experientially. When thinking about the holidays, we think about wishes, sparkles, twinkles, and precious moments. The idea of “crystal” transforms that transparency and twinkle moments into the direction of clarity and directness to create a whimsical space that encourage retail aesthetics as well as shopping experience. “Crystals” have two fundamental forms: natural and artificial. While the shapes of natural minerals create dense, layered imagery of holidays through the veils of watercolor effect and textures of ice, the crystallization process of rock candy targets the idea of “artificial crystal”. Entering the space, users will emerge themselves into the new world of COACH Holidays in the year of 2030." 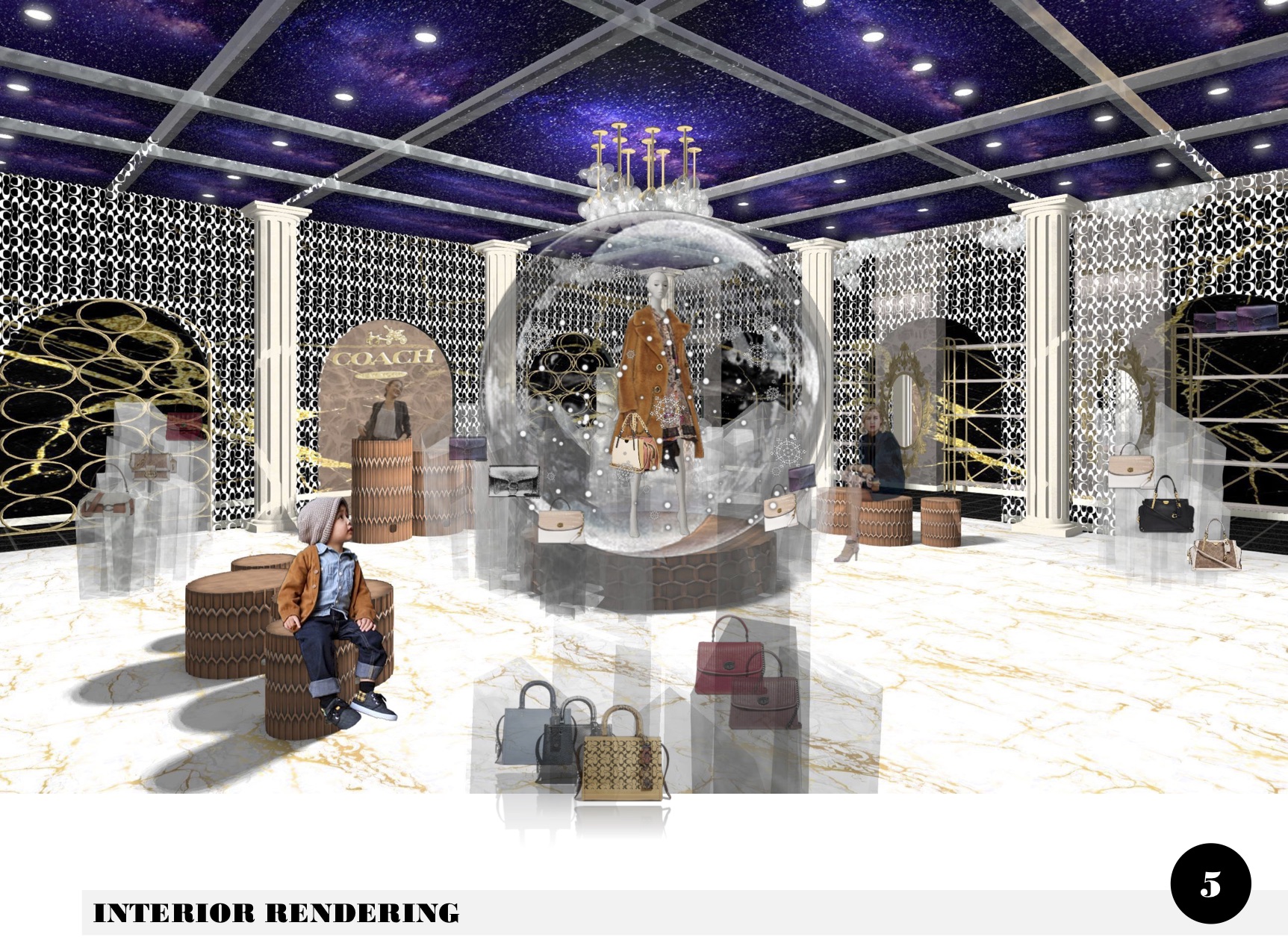 "Theme: Future winter-land. The concept and direction would be focusing on the white and monochromatic color scheme with a modern futuristic appeal. “Let’s get light for the winter”- Combining the concept of the augmented reality “less is more” and neutral colors with hints of sunrise and sunset color pallets for the collection to create easy to view and match, clothing and accessories." 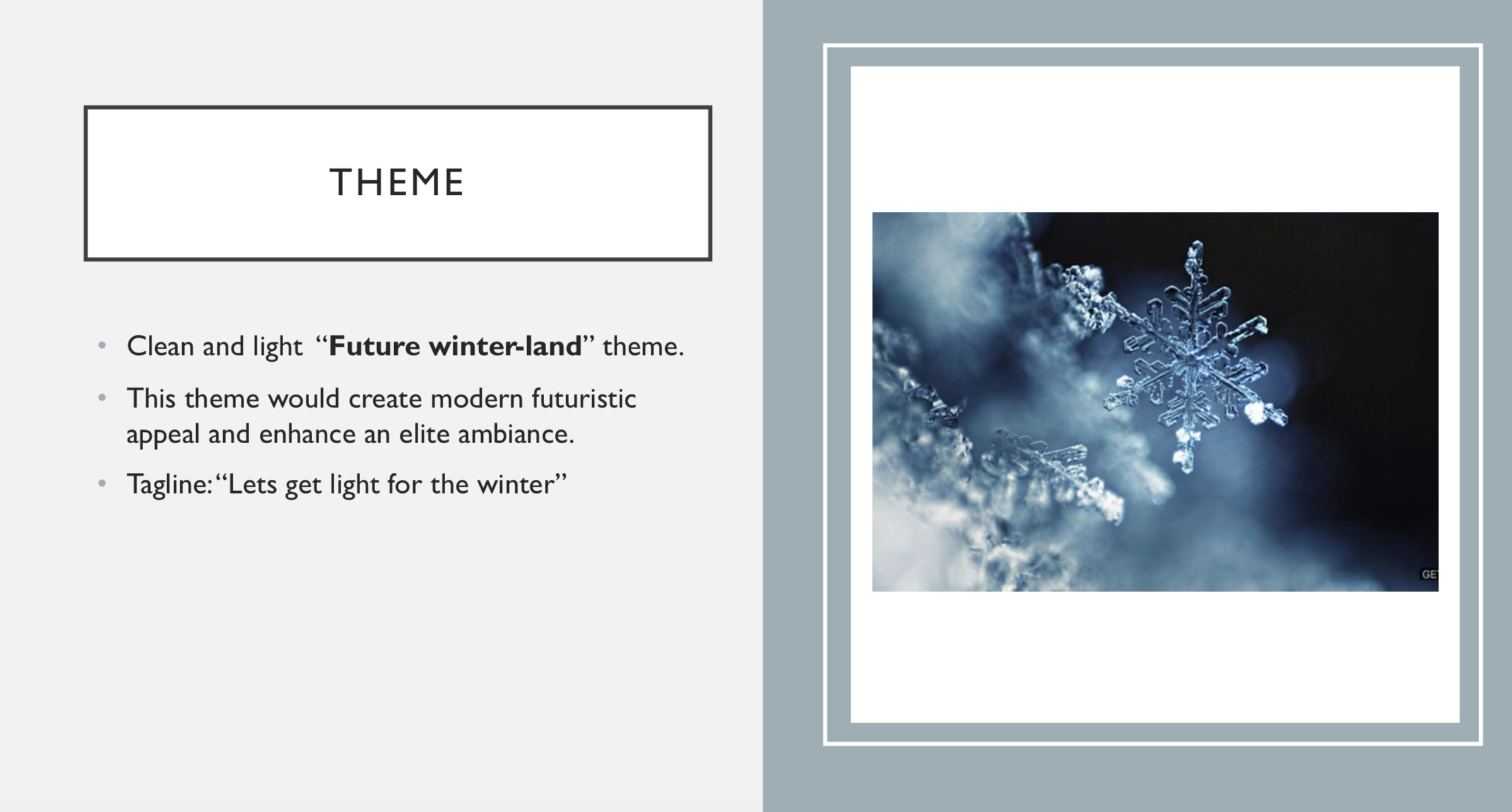 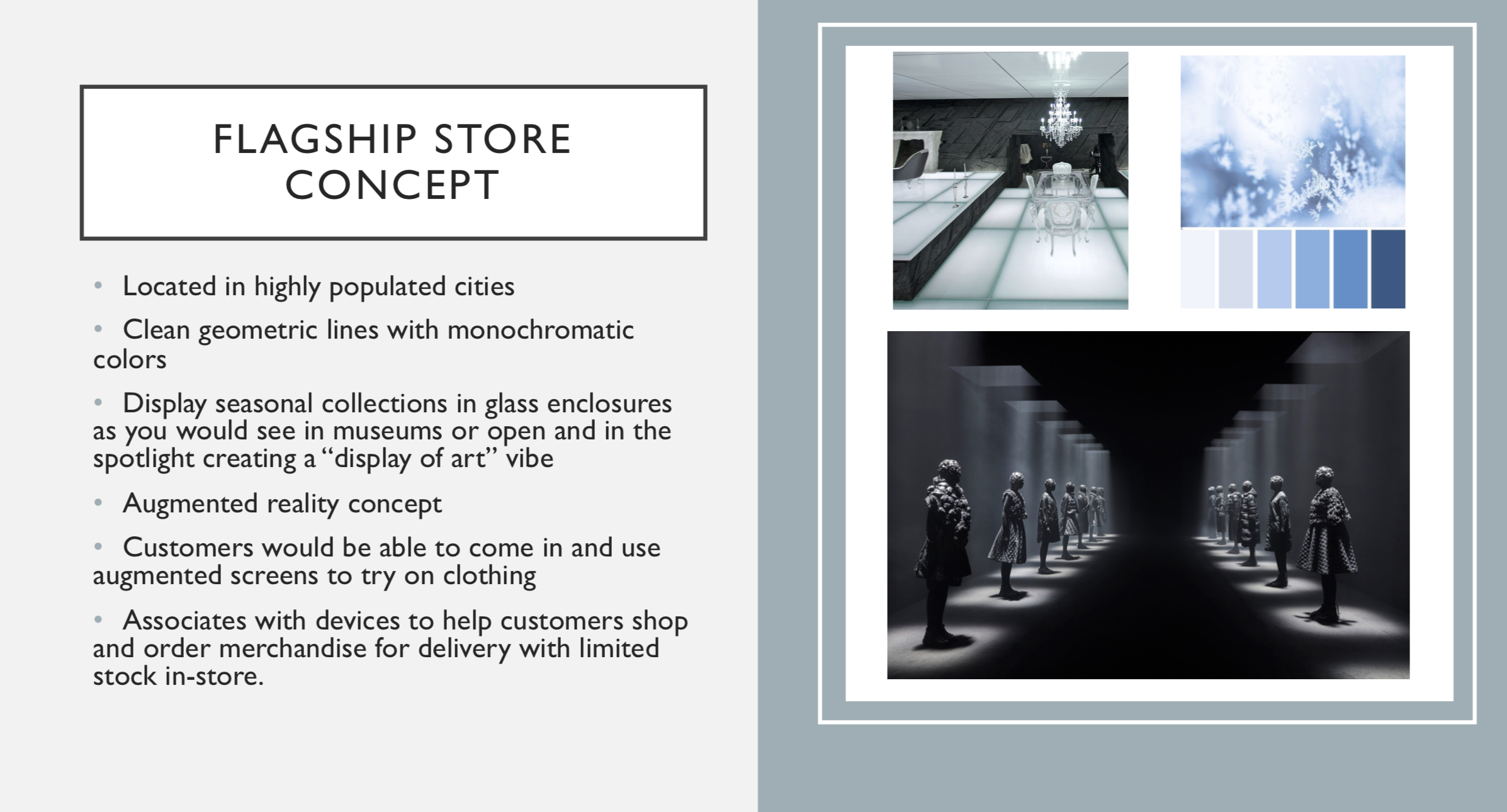 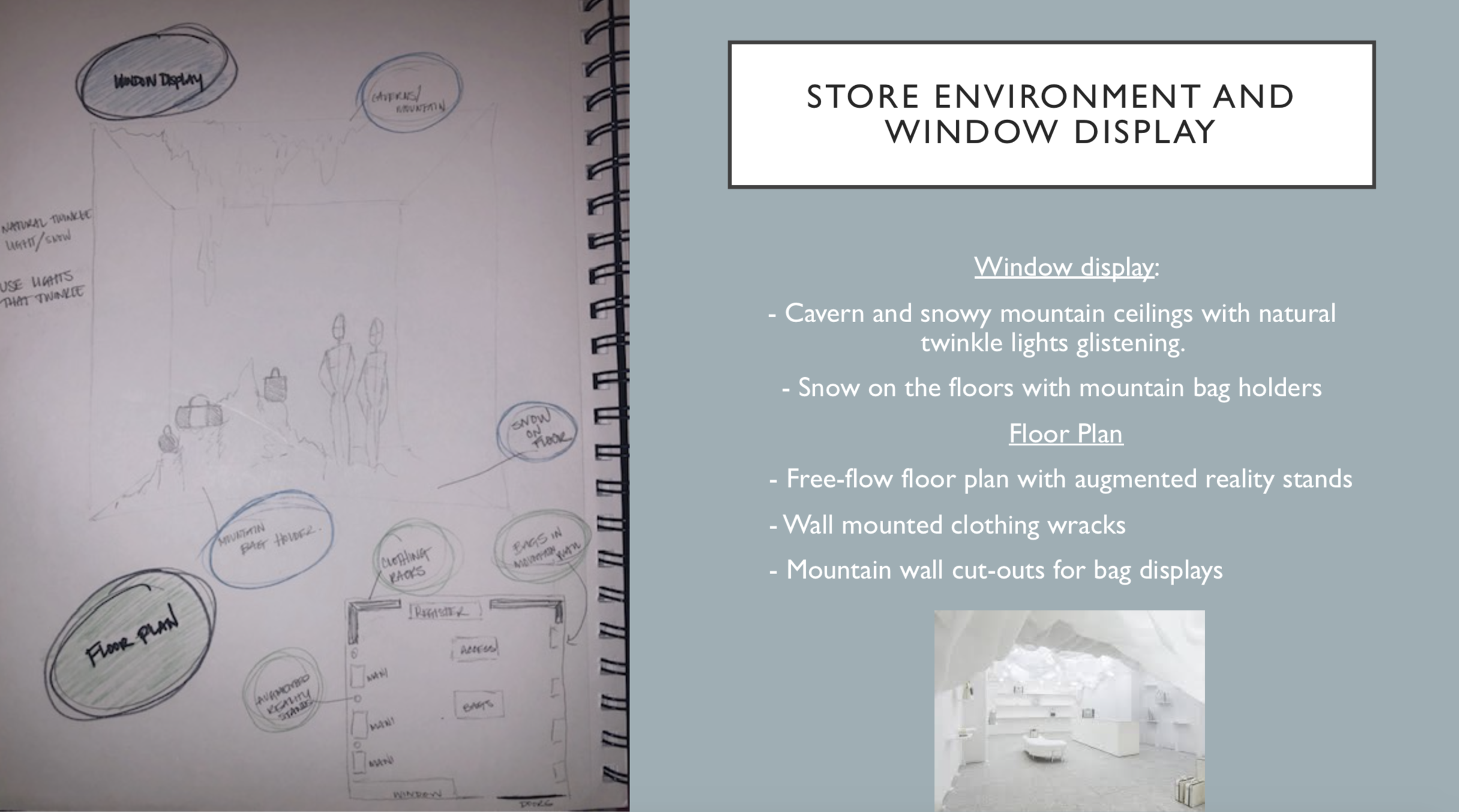 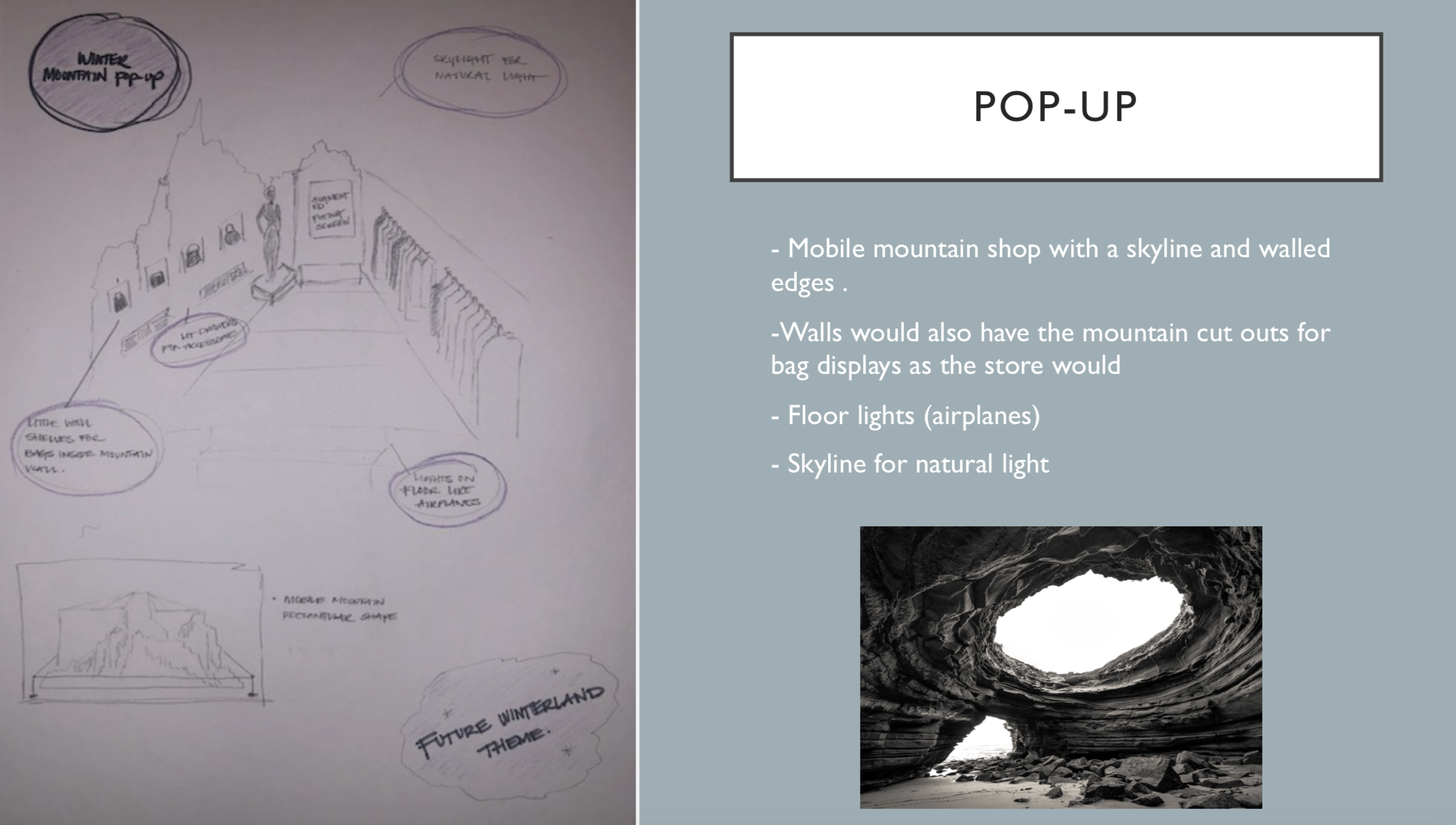 "The Man with the Bag takes inspiration from a classic Christmas tune and displays Santa in his finest threads delivering COACH bags to all the good girls and boys. Nostalgia blends seamlessly with futuristic elements to deliver a modern holiday shopping experience. Visitors of Santa's Workshop, the shipping container pop-up shop shown, can customize and purchase bags and other leather goods. Visitors are also encouraged to grab a selfie in Santa's sleigh and post with the hashtag #ManWithTheBag." 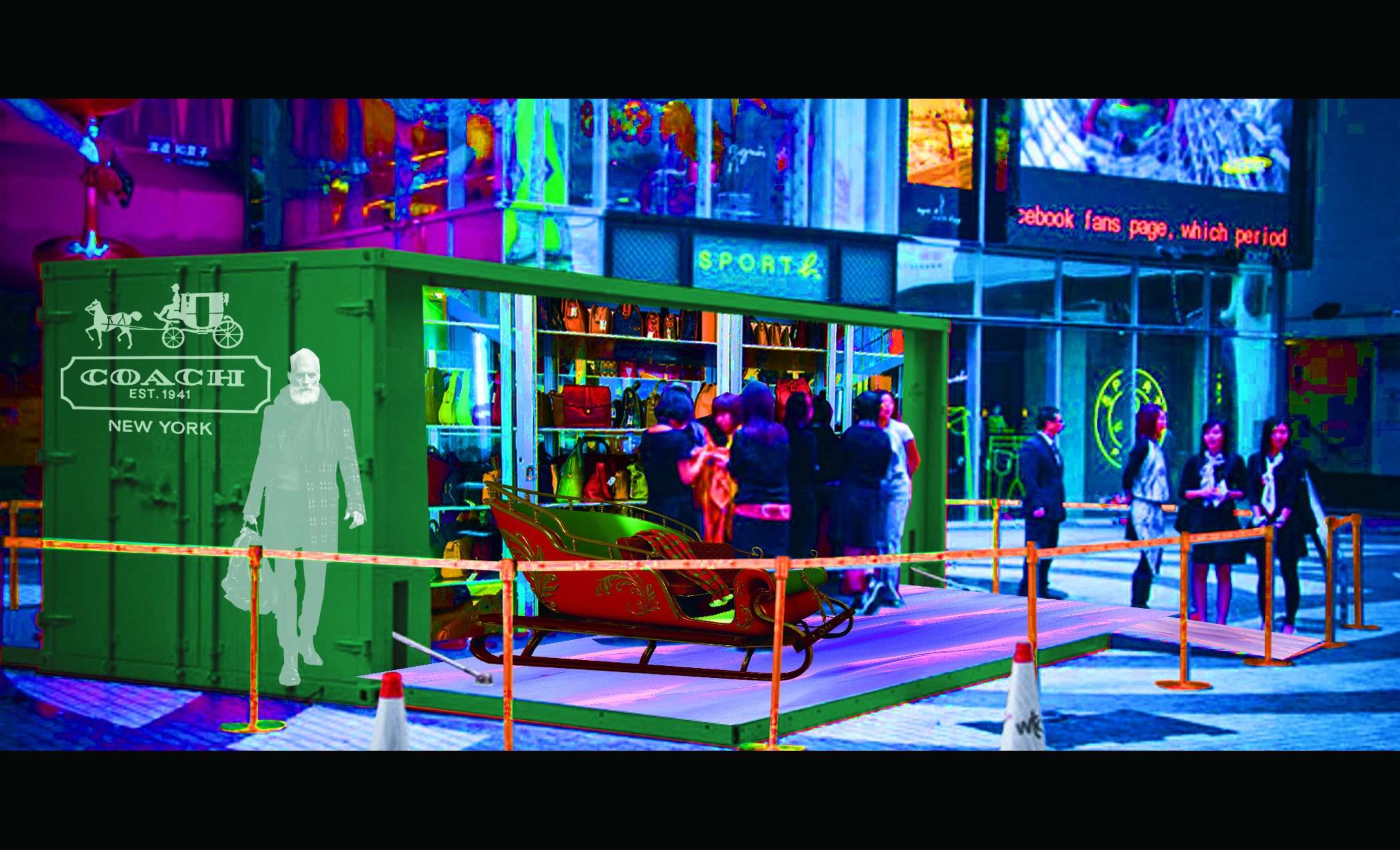